18 hours of discussion was worth it. We have received very authentic stimuli for the development of culture in the city from cultural actors and the general public.

We thank all 58 participants who took part in facilitated meetings on Trnava culture in September, despite the pandemic. We appreciate it. The participation of the professional and lay public is one of the important pillars of Trnava's candidacy for the European Capital of Culture 2026.

Facilitated discussions took place at an excellent level. They were led by people from the PDCS association who have many years of experience with participatory processes. They processed the mentioned 18 hours into a large report. To read it in its original version, click here.

In this article, we will introduce you to the main areas in which, according to the cultural community, Trnava needs to work.

Trnava currently does not have much space for cultural events with 300 or more spectators. Some participants lack a multi-genre space technically suitable for contemporary dance, music and theater. Others stressed the need for a representative concert hall. Representatives of all artistic genres, who should have their spaces in this building, should cooperate in the architectural design of the cultural hall.

In the discussions, suggestions were made for existing objects that could be reconstructed - e.g. House of Culture, Cinema Hviezda, Sugar factory building - as well as the possibility of a new building. The participants do not consider the sports hall to be suitable for artistic and cultural activities. 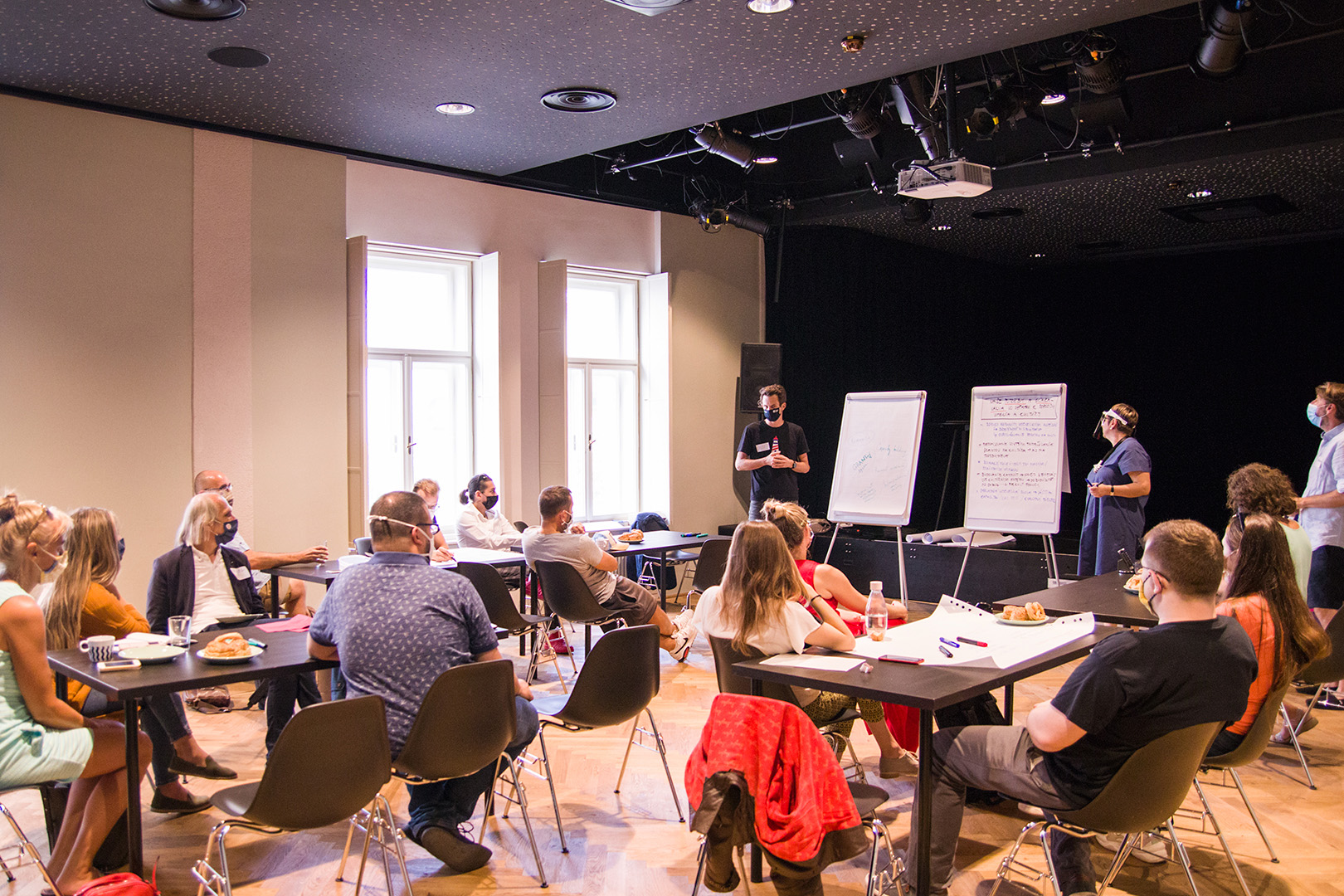 Trnava culture needs new spaces for creation in various artistic branches. There were suggestions for the reconstruction of existing buildings into studios, rehearsal rooms or co-working space.

"We need a place where it is possible to hang a painting," said young artists about the lack of small exhibition spaces and studios that can be rented at an affordable price. As an example of the solution, the participants mentioned the possibility of reconstruction of the Sugar Factory complex, in which the so-called "Dirty (sculptural) studios" or music rehearsal rooms combined space for concerts and events.

At the same time, a proposal was made to support community and cultural centers outside the core of Trnava, which according to the participants should "bring art closer to the people, or allow artists from Trnava or a specific housing estate to present their own art in their hometown".

The news from November is the official approval of the reconstruction of the building on Hlavná 17, which will be converted into the Creative Center by 2023. In Trnava, studios and studios for artists and designers from the Trnava region will be added. There will be workshops for working with metal or wood and other spaces for various creative activities. 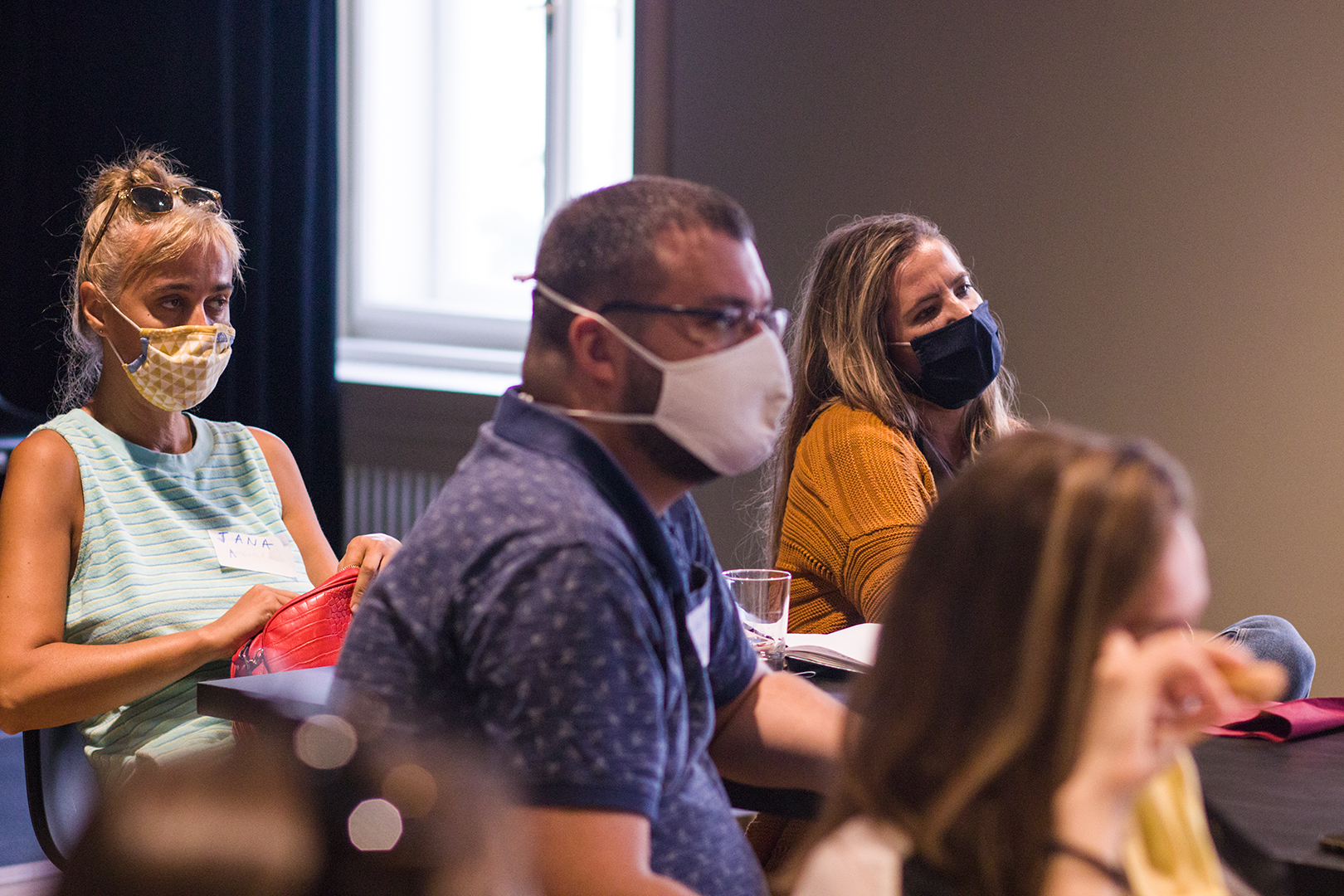 Participants in several meetings proposed to include activities in public space in the ECOC program.

On the one hand, they designed cultural activities in non-traditional spaces such as hospitals or pubs, but also outside, in the streets of the city. There were suggestions to use parks, e.g. by installing statues and fountains, but also sports grounds such as skate parks. A specific proposal was made to enrich the area of ​​the railway station by creating an interactive map capturing culturally attractive places in the Trnava region.

There was also a proposal to create spaces for "development of personal culture" of the individual. Examples were mentioned as places for practicing yoga, meditating, meeting, but also spaces and activities that connect different generations. Such would be art sessions for children and parents, or seniors.

Other participants referred to the need to multiply the visual "street art" distributed throughout the city on various objects. On the other hand, there was a proposal to create a symbolic space for dialogue with representatives of cultural minorities and ethnic groups, ie "for an authentic dialogue through a personal conversation aimed at learning about cultures". Examples of such minorities in Trnava are the Roma, Serbian, but also Vietnamese community, which provides gastronomic services here, but we do not know their culture or how they live.

Development of artistic and creative community

Among the most important expectations of the participants was the necessary development of an artistic and creative community within the city and the region.

Actors of individual genres should start to communicate more with each other and meet, or create together. ** Linking activities could unite Trnava and make it visible abroad, for example through a residency program for artists. Guests would be invited by artists from different countries for several months. At the end of their stay, they would present their performance to the "home" audience. Another option is exchange exhibitions with other cities.

Creating a collaborative art according to the participants, the Czech community is also of strategic importance. A larger community will automatically have a stronger voice in public debates and a greater influence on decisions about the allocation of funds from the city or region. In this context, it was said that the city is currently analyzing the method of redistribution of funds, i.e. who and for what drew money in recent years. This will lead to a redesign of the current system to be fairer than it is now.

According to several participants, it would be beneficial if, in addition to existing cultural and artistic activities and events, some projects from the past, such as the ZOOM festival for acapella groups or DobroFest, which were unique in Slovakia, were revived. "The potential of Trnava's cultural heritage in the form of Dobro resonator is a pity not to be used," was said at one meeting. By the way, in 2026 we will celebrate 100 years since the patenting of Dobro - a musical instrument made by Ján Dopier, a native of Trnava.

It would also be appropriate to create completely new events, e.g. Classical music festival on the square. The presentation of choirs, which have a strong tradition in Trnava but at the same time do not know them well enough, could also be considered.

Development of the digital sphere in art and culture

The participants stated that people are starting to lose interest in cultural and artistic events. According to them, the reason is the digital sphere, which offers a more engaging presentation of everything. Therefore, it is necessary to consider its radical development in order to mediate Trnava's culture and art.

However, the digitization of exhibitions, where the exhibition is transferred to digital form, is not enough to attract attention. Today's visitor wants to play in the museum. Digital media with an interactivity element are mainly lacking in static exhibits such as museums.

In this context, it was stated that playing games should be one of the tools within the ECOC project. The Trnava family GPS game Mighty Belt served as a good example. 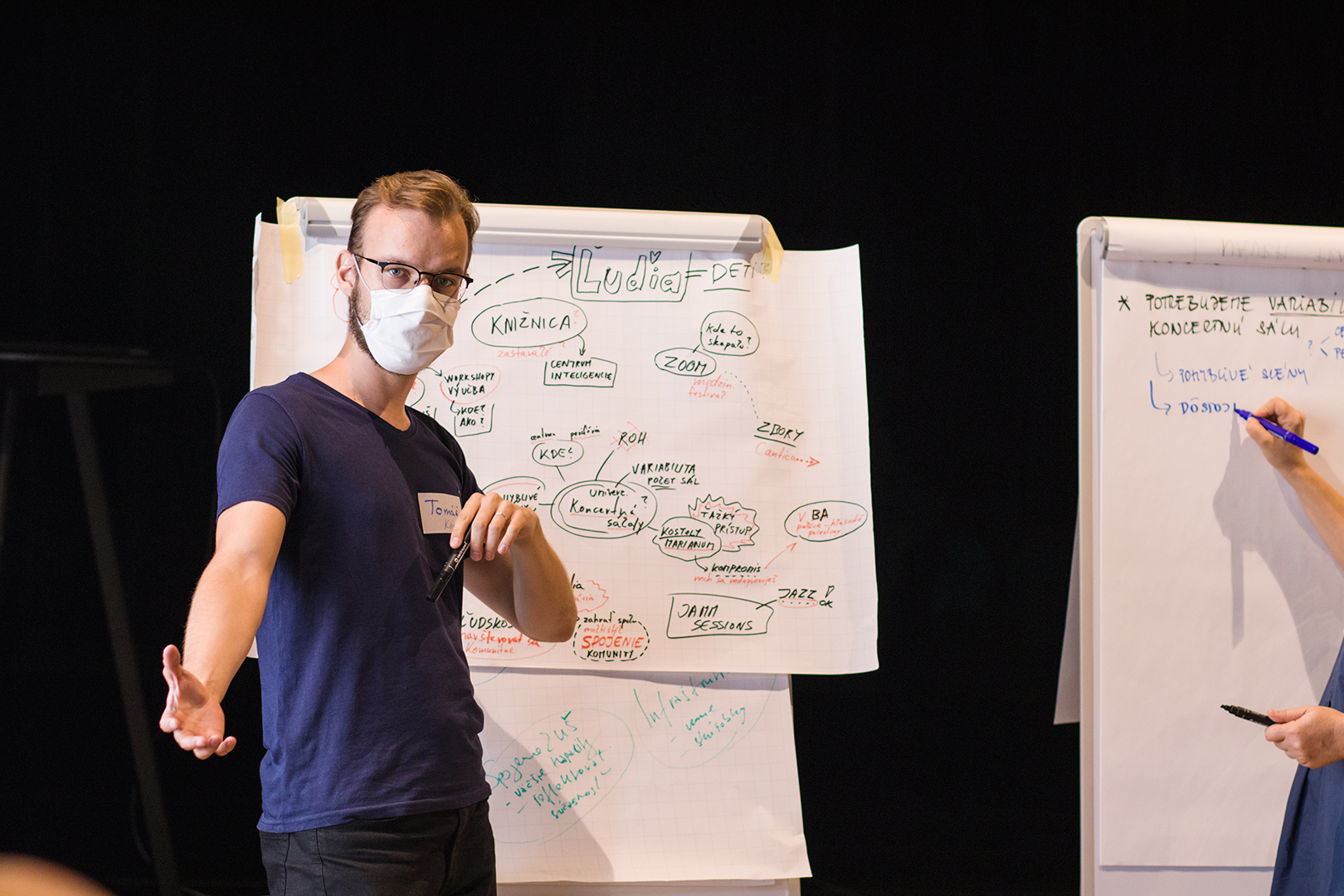 We will bring another article from the discussions. Everything didn't even fit in here. 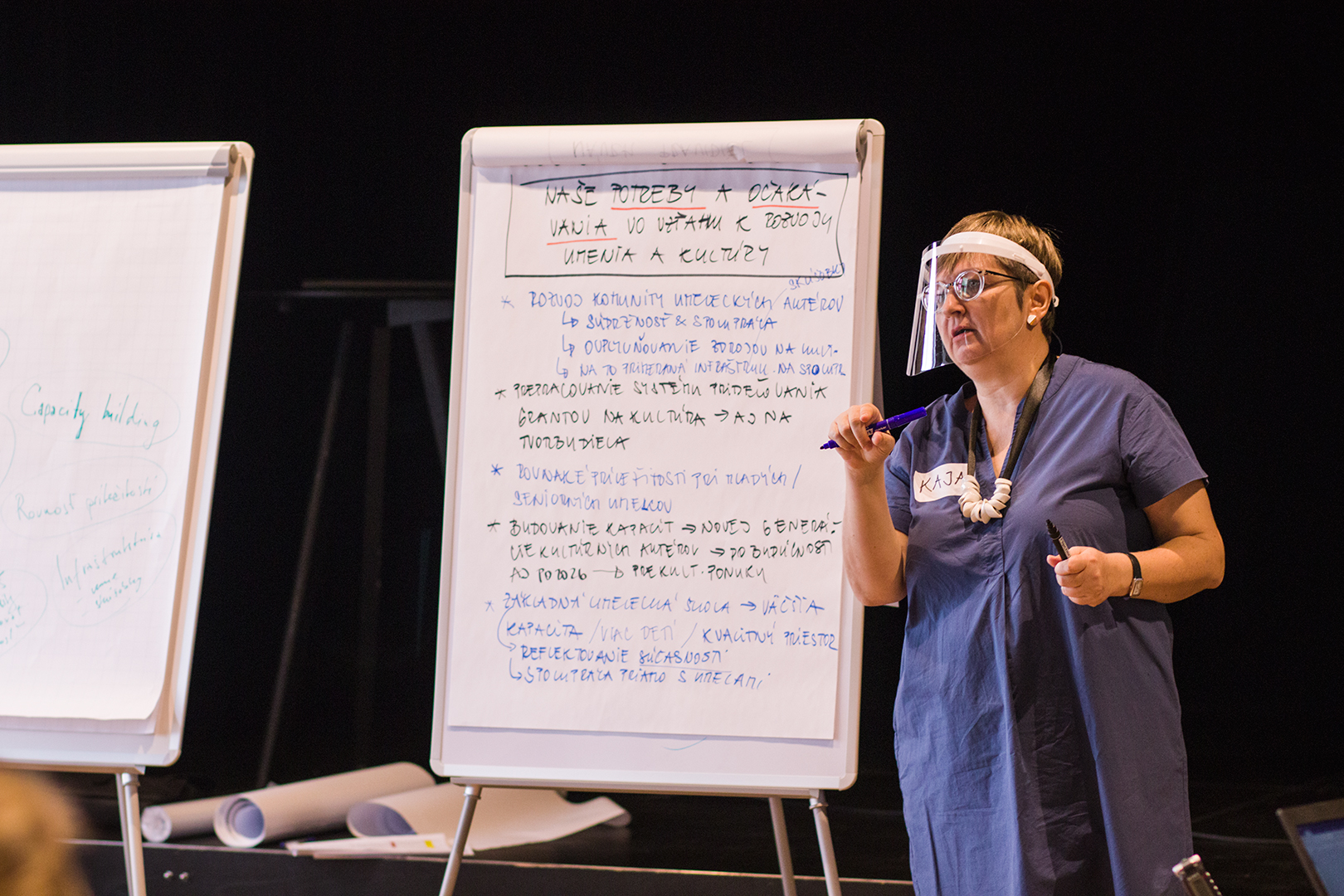